[su_icon_text icon=”icon: quote-left” icon_color=”#FFFFFF” color=”#FFFFFF”]One is following the recommendations of the government but feels economically stressed. There is not enough help and it feels unjust[/su_icon_text] 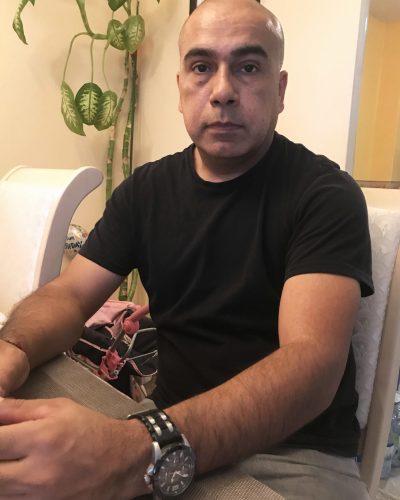 Carlos returned from vacation with his family on March 13. That’s when the authorities told him he would have to go into quarantine. He has been waiting out the two-week period so he can return to work. His co-workers, who clean a building at Yonge and Eglinton in Toronto, are frightened; he shares their concerns.

[su_quote style=”default” cite=”” url=”” class=””]They are worried about what more they can do to protect themselves. They wonder if they need to wear masks and gloves all the time, or if they should be sanitizing their hands while they work.[/su_quote]

Carlos is the shop steward at his workplace – he wants to make sure these questions don’t go unanswered.

Truth be told, Carlos doesn’t think his workplace should have remained opened in the first place. “It is a very busy and crowded place,” he says. He believes people should have been told to isolate sooner. Having said that, it’s a very difficult situation for workers like Carlos. “Employment insurance is not sufficient,” he says.

[su_quote style=”default” cite=”” url=”” class=””]With only 55% of our salary it will be very hard for people to keep up. One is following the recommendations of the government but feels economically stressed. There is not enough help and it feels unjust.[/su_quote]

Carlos moved to Canada from Chile in 2001 and like many of his co-workers, he has family in other countries who are going through the same worries.  According to Carlos, everyone is nervous and scared.