I think we are putting ourselves at risk cleaning public areas. They should respect us more 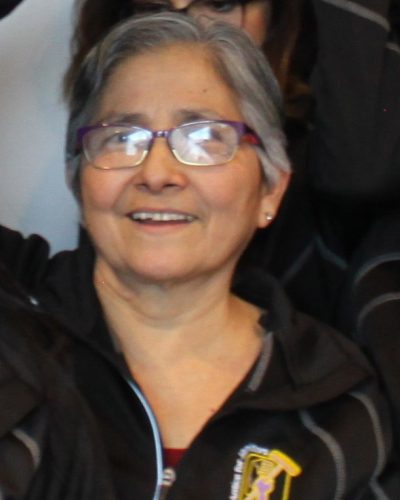 Maria Aviles moved to Canada in 1989 from Mexico where she lived for eight years after leaving her home country of El Salvador. She has been working as a cleaner in Toronto at nursing homes, hotels, shelters and now inside of a courthouse, where she is the shop steward.

The courthouse that Maria works at is still not closed amid the Covid-19 pandemic while other workplaces have been shut down. It’s open to the public, but people have only been coming for a few last cases before they stop holding new trials for the time being. According to Maria, except for a couple that she has seen, the judges have stopped coming in. Secretaries and constables are still reporting to work like she is. Her employer gave her evening shift training concerning the virus in the week where it was becoming more serious. She also says there are cleaners picking up extra shifts to disinfect, some working ten- or twelve-hour shifts.

Her daughter and son-in-law are also still going to work. Her daughter works in a community health centre that won’t be shutting down. One of Maria’s biggest fears right now is getting her elderly mother sick. Her mother is 97 years old and needs Maria to take care of her. She is concerned about bringing the virus with her home unknowingly while she is still going to work.

Maria is not impressed with the help offered by the government. She thinks what E.I provides to workers is not enough, nor is the $900 bi-weekly promised by the federal government to assist Canadians in April. She also doesn’t think it’s fair that not everyone can apply to E.I if they are told to stay home right now.

I don’t know if he (Trudeau) is really helping people. We will try to do our best with the little we have.”

While many of the tenants of the courthouse have been told to work from home and receive their salaries, Maria will need to go clean the empty building and earn a fraction of what they do.

I think we are putting ourselves at risk cleaning public areas. They should respect us more. Some people appreciate us some people don’t. We must be empowered to make sure we get what we deserve.”